Jazz has been called the most important musical contribution by African-Americans to the world’s music. From the turn-of-the-century funeral processions in New Orleans to clubs and concert stages throughout the world, jazz has entertained all types of audiences.

Throughout the history of jazz, many of the most colorful and influential jazz musicians have come from Texas. In the early 1900s when jazz began to spread beyond the south, America was infatuated with ragtime music, and the King of Ragtime was Scott Joplin from Texarkana. Ragtime, Blues, brass bands, and popular music all contributed to the big band sounds of the 1930s and 40s. The big band brought jazz into the forefront of American music as performers and audiences expanded the influence and acceptance of jazz as an art form.

Texans Teddy Wilson and Charlie Christian played with one of the most popular big band leaders, Benny Goodman, each setting high standards that others saw as their models. Oran “Hot Lips” Page was a master of the trumpet with the legendary Count Basie Orchestra, and went on to conquer the New York Jazz scene. Before and after World War II, Texan like saxophonists Illinois Jacquet, Arnett Cobb, and Eddie “Cleanhead” Vinson helped create a Texas style that carries through to the present time, playing in influential bands. Bassist Gene Ramey worked with many important bands and musicians.

During the 1950s jazz continued to develop, with Kenny Dorham and Ornette Coleman among the Texans who made significant contributions – Coleman through the creation of a new style of music, the free jazz style. Since then, Texas, and the musicians of East Austin, has continued to be an important source for numerous talented jazz musicians, including such respected and stylistically diverse musicians as John Carter, the Crusaders, Gil Askey, Martin Banks, The Rhythm Kings, James Polk, Pam Hart, Connie Jo Kirk, Hannibal Lokumbe, and so many more. 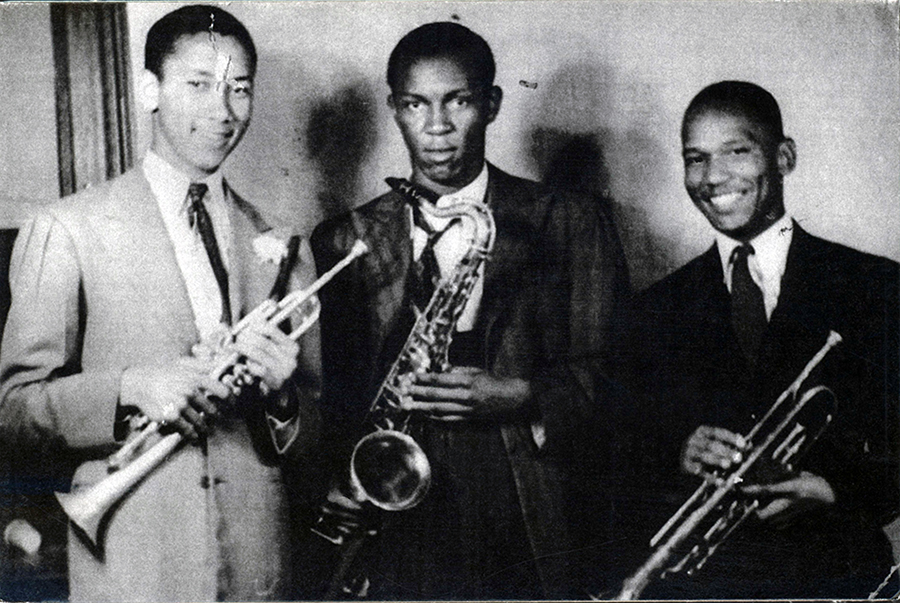 Alvin Patterson and the Rhythm Kings

Alvin Patterson was born on January 5, 1923 in Austin, Texas. While he attended Kealing Junior High, Band Director B.L. Joyce encouraged him to learn how to play the trumpet and join the school’s band. During the 1960s, Patterson was co-leader of the Rhythm Kings. He played the trumpet, his brother Roy played the keyboard, and Larue Banks played the drums. 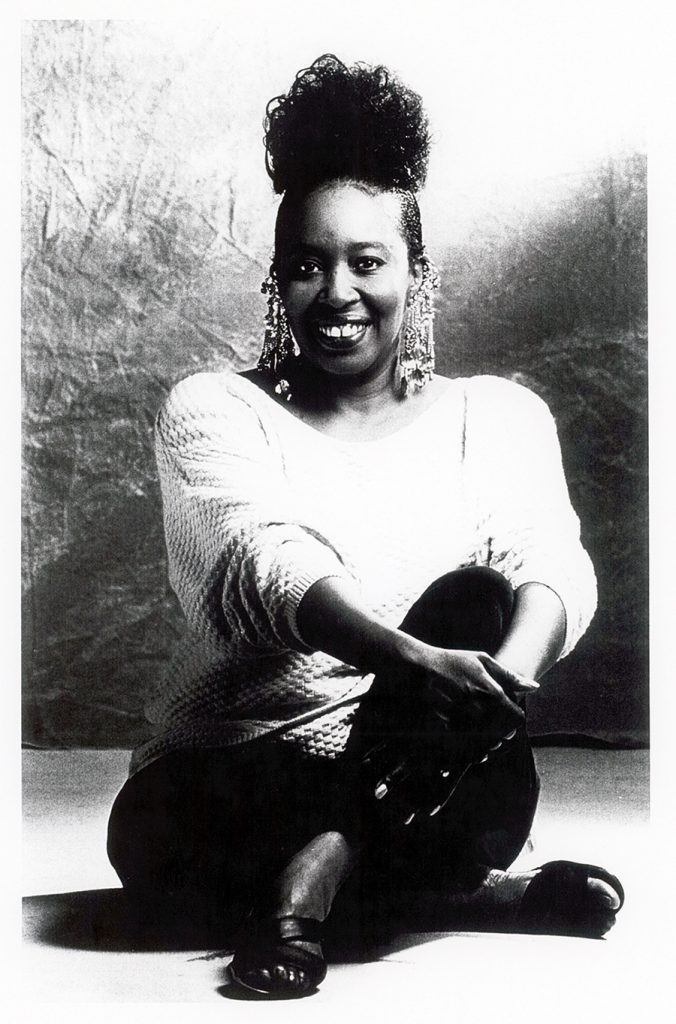 Connie Jo Kirk was born on June 7, 1948 in Austin, Texas. When she was in second grade, she began singing and playing piano in local talent shows and winning numerous awards. As a teenager, she became a civil rights activist, and was often recognized for her humanitarian work. 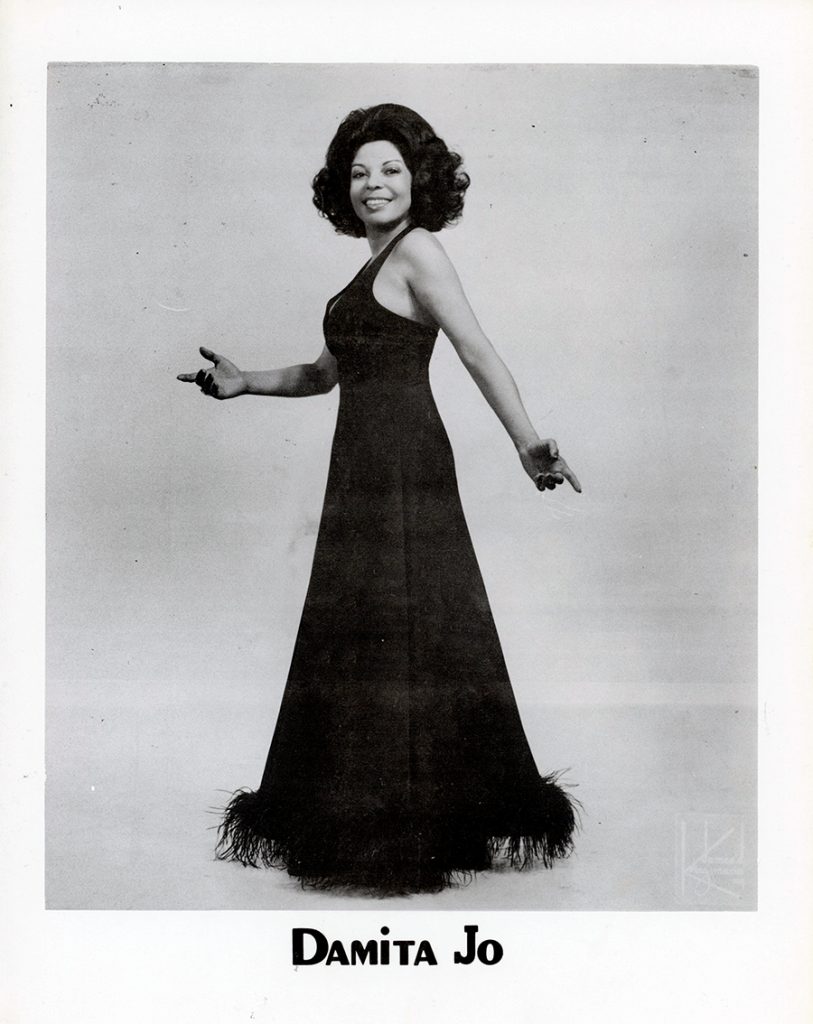 Her records have topped the charts in North America, Sweden, Norway, Australia, Puerto Rico and Japan. On May 9, 1967, she was honored by the Mayor and City Council in Austin, Texas with “Damita Jo Day” and a street named in her honor. 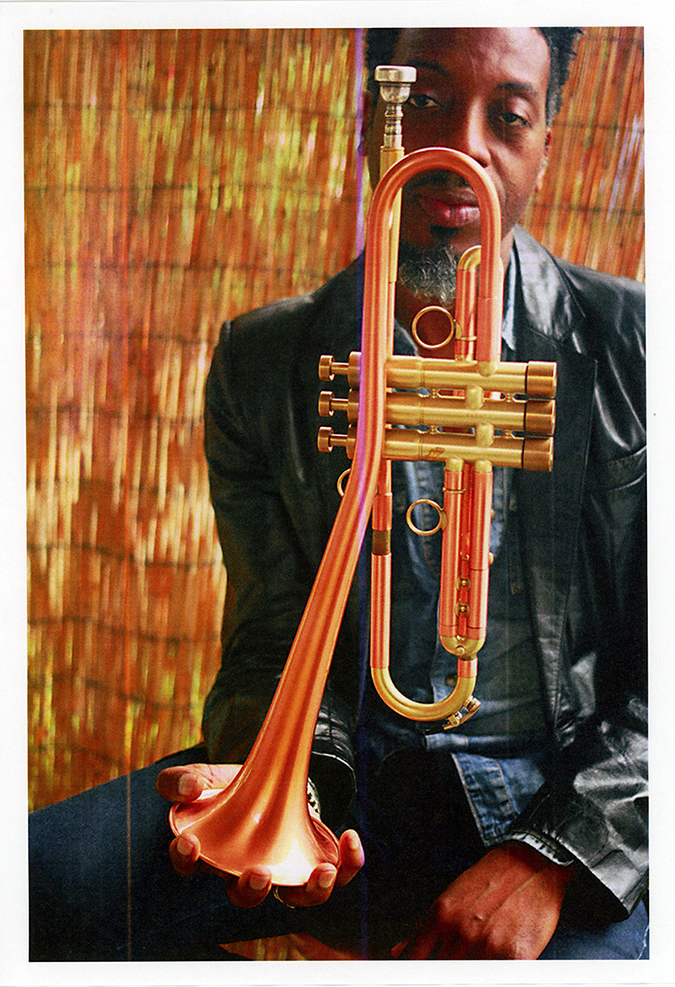 In his pursuit to become a professional trumpeter, he moved to Austin in 1996. Since then, Owens has played for various jazz groups including the King Valentine’s Octet, the Texas Eastside Kings, the Night of Cookers and Concerto Grosso and the Texas Trumpets. 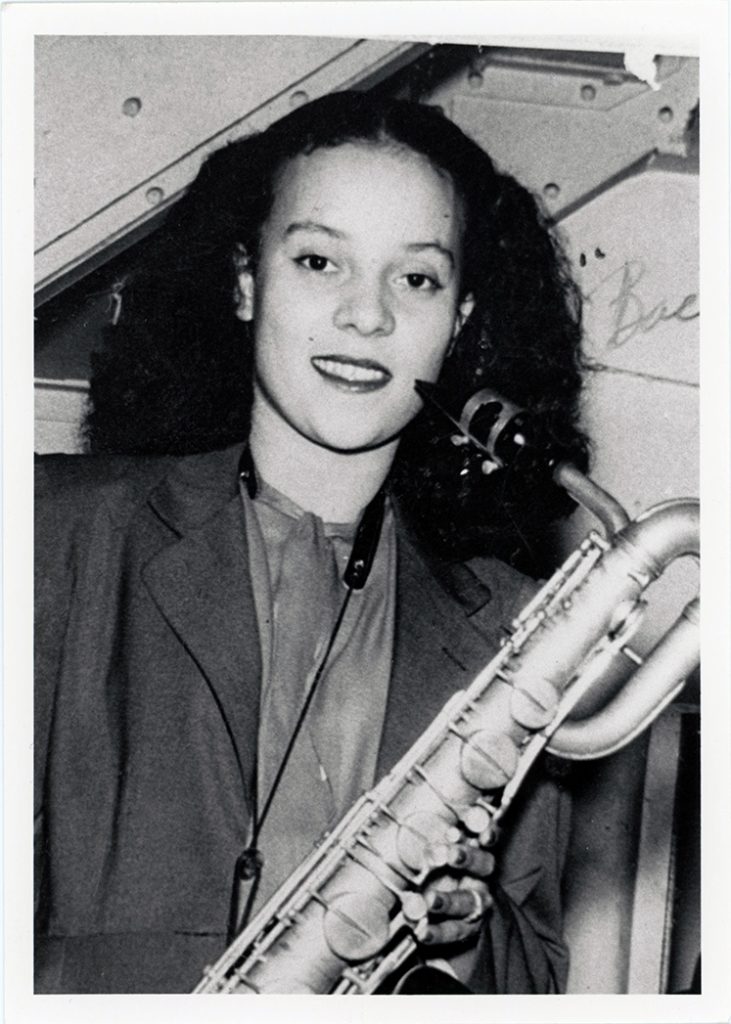 In 1950, Miller began to play piano at Dinty Moores on West 6th. Street. From 1951-1966 she entertained at the New Orleans Club on Red River Street. She entertained with popular favorites reflecting her own Ernie Mae Miller improvisations. 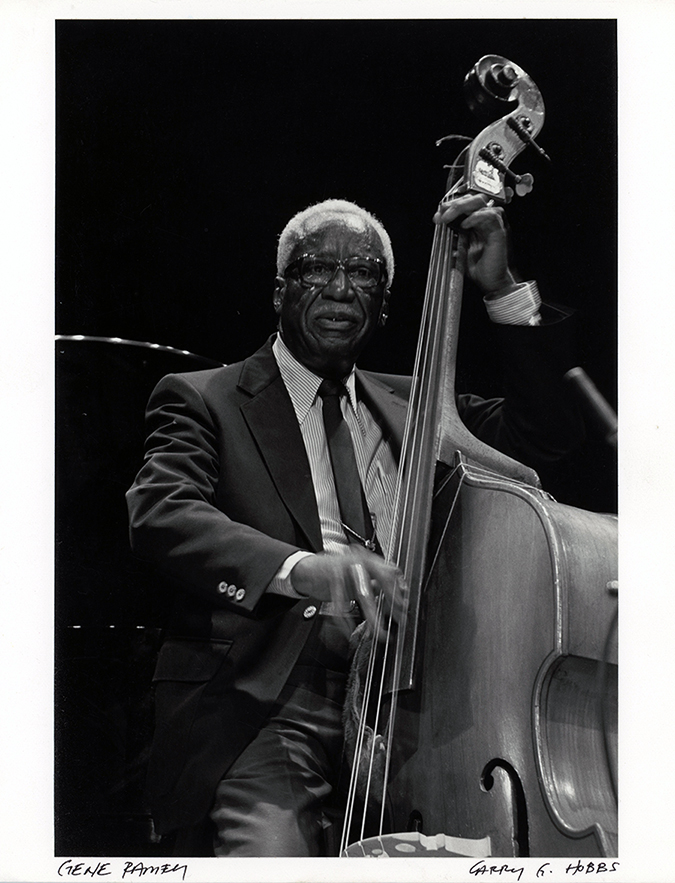 Gene Ramey was born in Austin on April 4, 1913. He played trumpet in college and played sousaphone. He learned to play string bass from the famous Kansas City bassist, Walter Page, and soon was leading his own bands. He continued to be active through the seventies when he returned to Texas and fronted the Gene Ramey band. 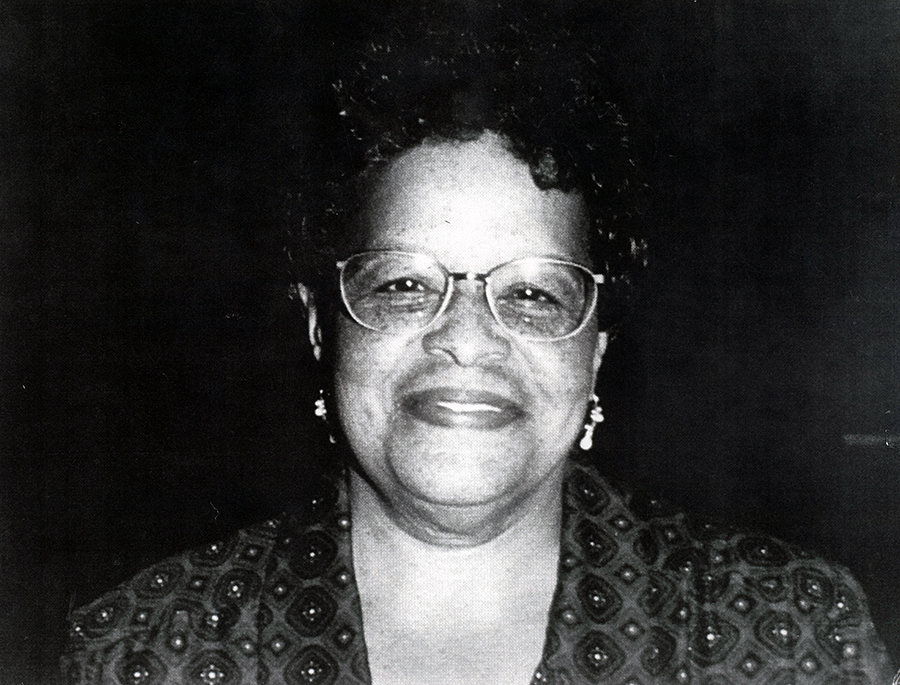 Rawlins has made her Austin home since 1963 when her husband was stationed at Bergstrom Airforce Base. From 1965 to 1979, she performed in Austin as a pianist and vocalist in the popular music group called Geneva and the Gentlemen. 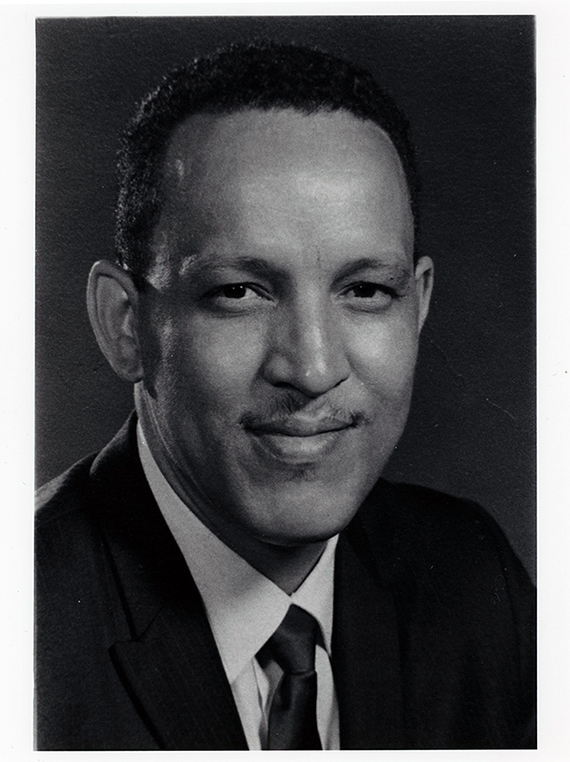 Askey attended Huston-Tillotson College and Anderson High School and was raised in a family of musicians. During the height of the Motown era, Askey became the arranger and musical director for the Supremes, the Temptations, the Four Tops, and other groups. He also arranged the musical score for "Lady Sings The Blues," which netted him an Oscar nomination. 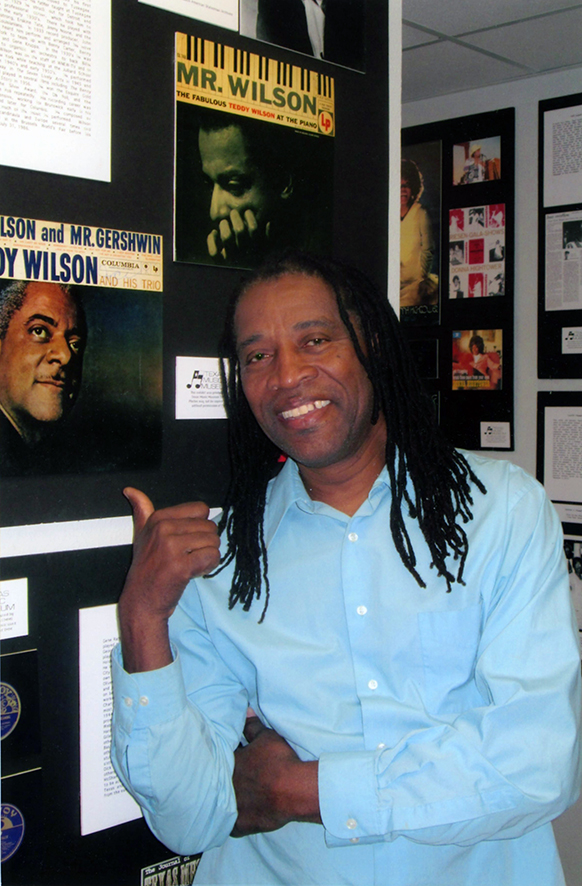 Lokumbe grew up barefoot on his grandmother’s farm, receiving his first pair of shoes at age six. He excelled in public school band programs and achieved local fame. After traversing the world, Lokumbe resides again in Bastrop, Texas where he continues to compose and perform. 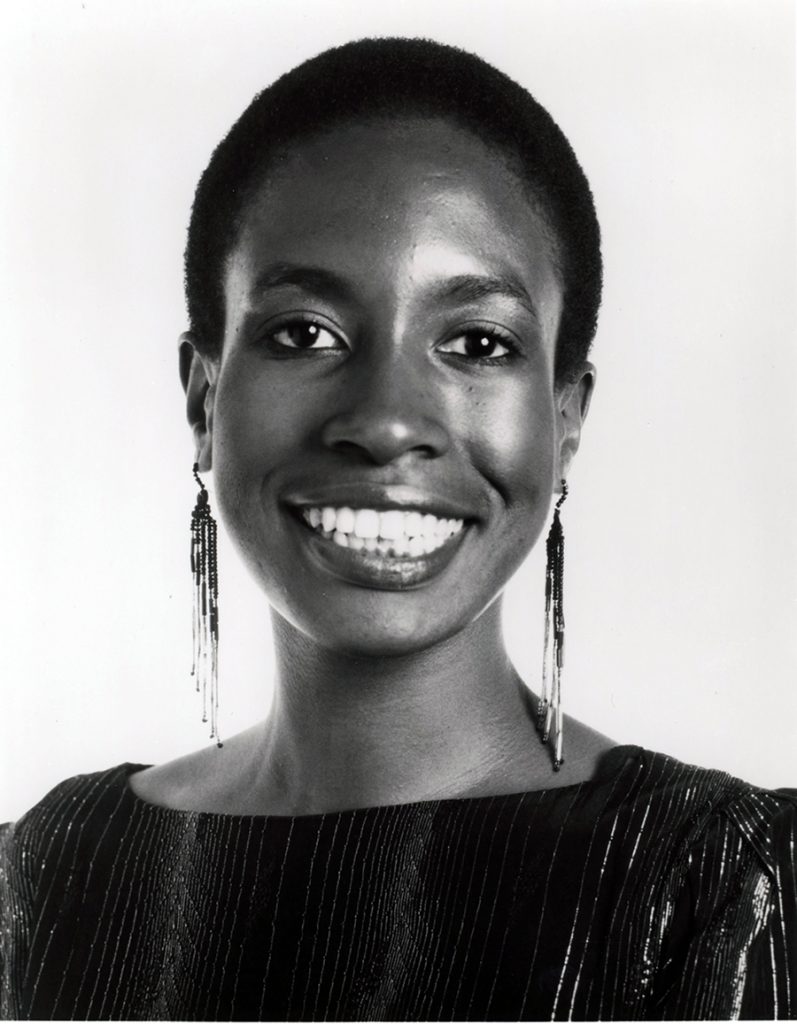 A native New Yorker, Hope Morgan began singing in church at the age of five. Morgan arrived in Austin’s jazz scene in the mid 1980’s. In Austin, she worked with many of the finest members of the city’s jazz community. Full of life and clarity, Hope Morgan’s renditions of jazz standards are memorable and timeless. 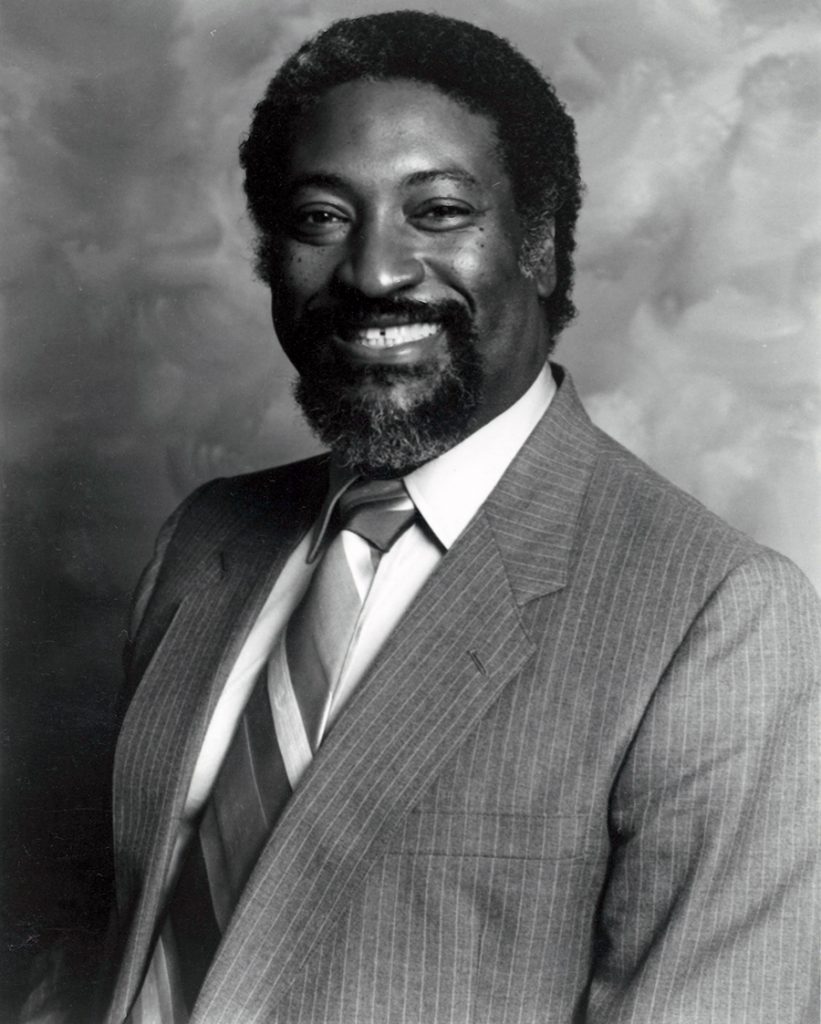 Polk plays keyboards, bass, drums, saxophone and other instruments. He has taught music education, worked as a club musician and performed throughout Texas with his group, James Polk and Company. From 1978 to 1985, he worked with Ray Charles Enterprises playing concerts, writing and arranging music for the Ray Charles Orchestra. 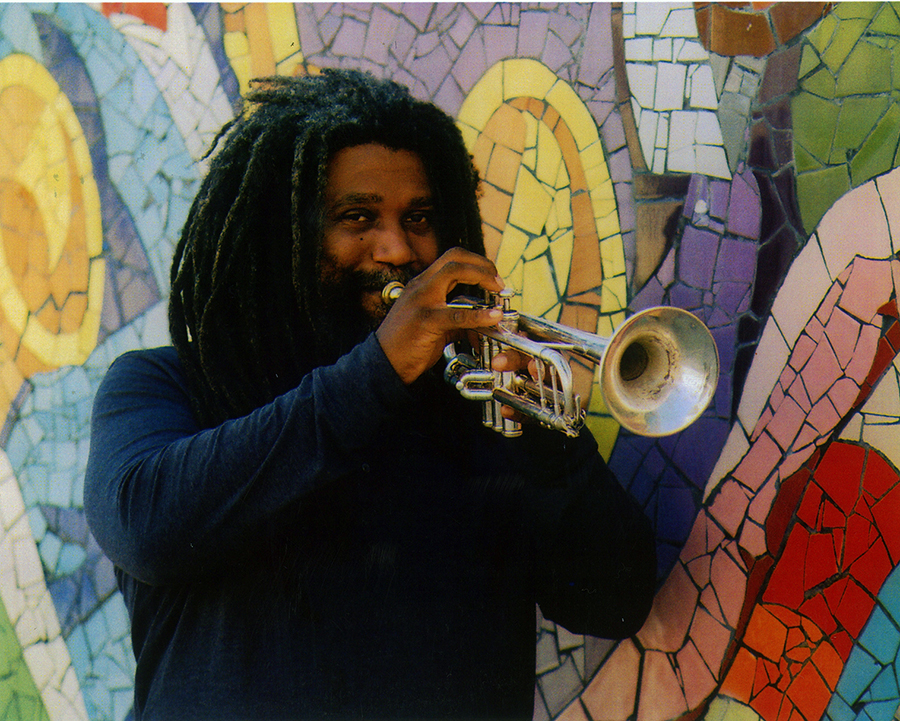 Lofton's parents bought his first trumpet when he was eleven years old. Lofton’s focus in music composition was on writing for small ensembles. Following college, he became more interested in Avant Gard styles of music. He has been honored by KUT and the Austin Chronicle. Additionally, in 2009, January 15 was named Jeff Lofton Day in Austin. 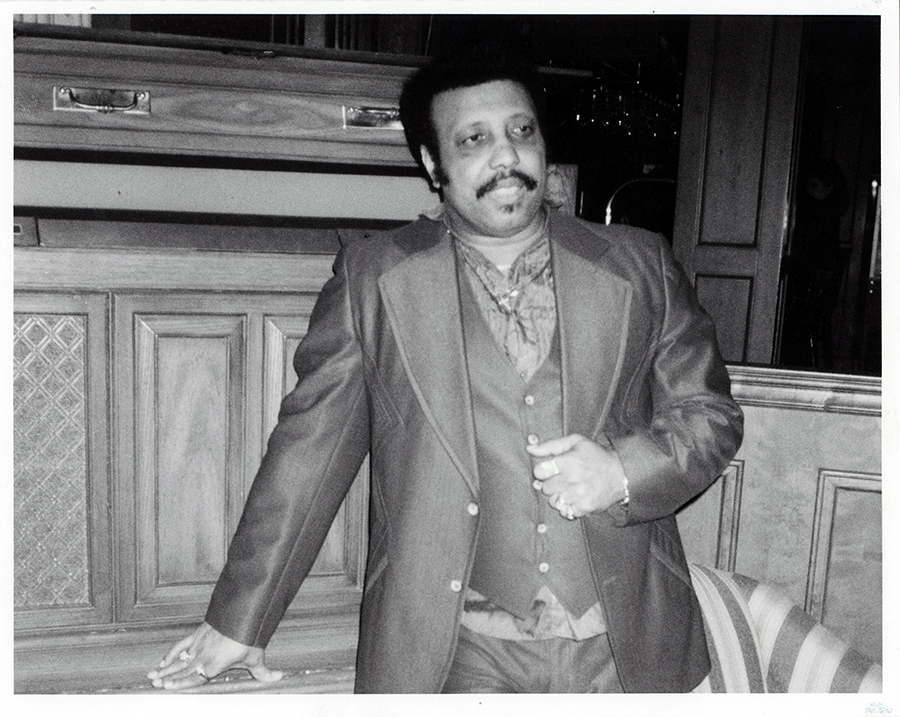 At age 15, Valentine recorded his first song, Young Lovers with RPM Records. In 1967, his recording I Can't Stand To See You Go made number 10 on the chart. That same year, he moved to Austin and started his own band, Joe Valentine and the Imperials. 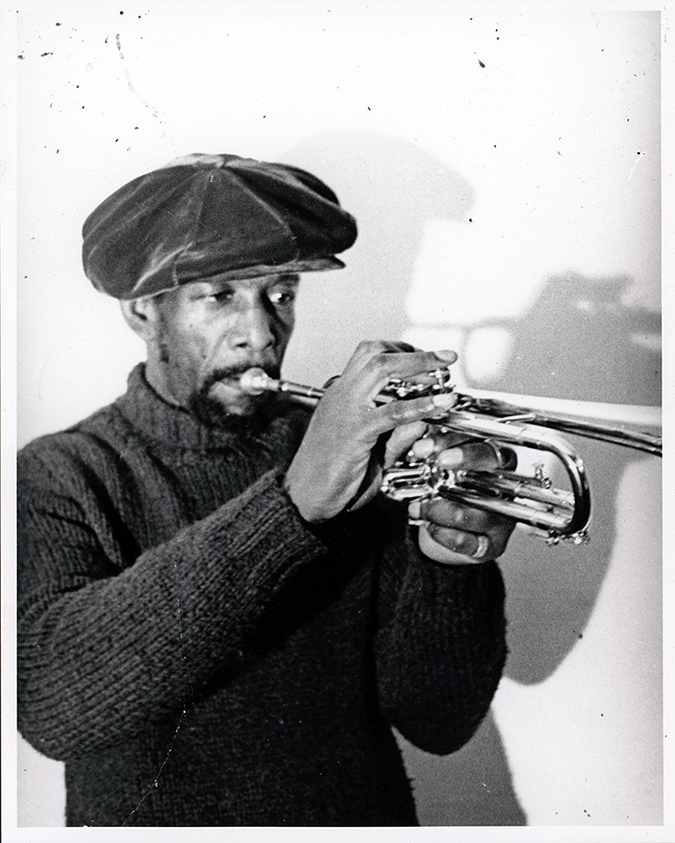 McKinley "Kenny" Dorham was born August 30, 1924, in Fairfield, Texas. His recording career was extensive, working mostly on the blue note label in New York. Dorham returned to Austin in 1966 to perform at the first Longhorn Jazz Festival. 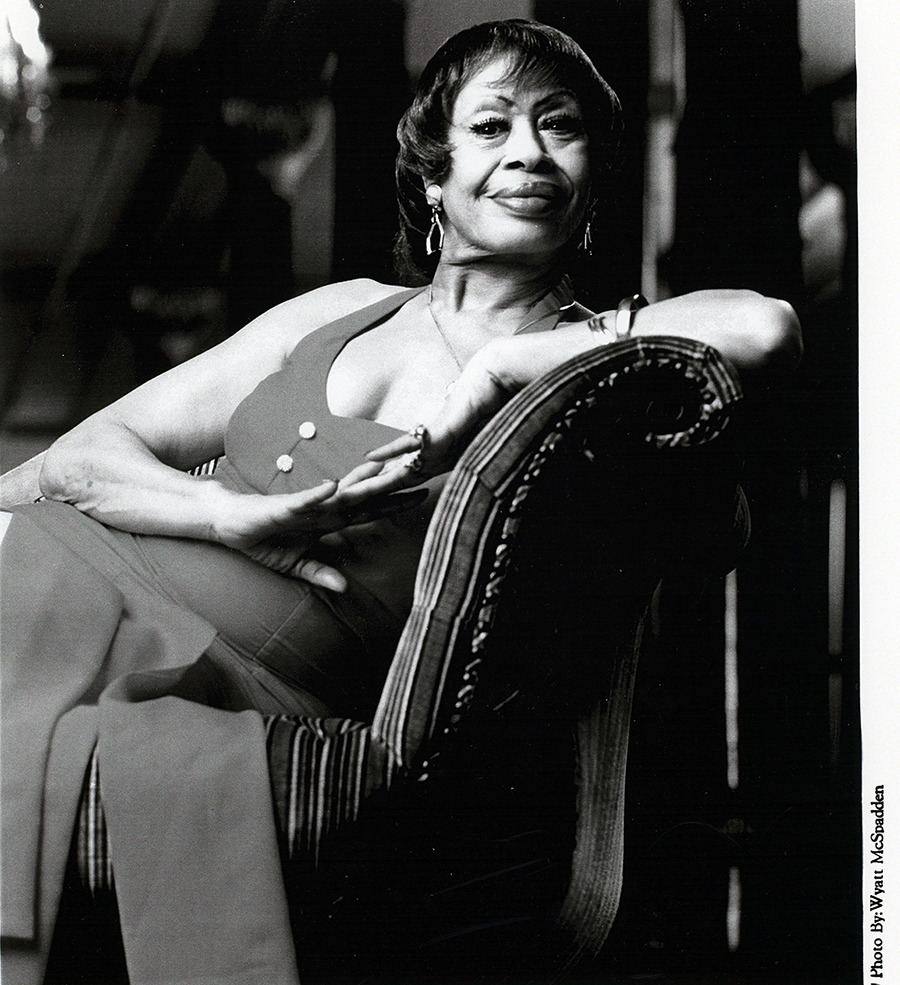 The youngest of 9 children, Lavelle White’s first exposure to music was singing in the cotton fields with her sharecropping family. After leaving Chicago, she headed for Austin and Clifford Antone’s club on Sixth Street. 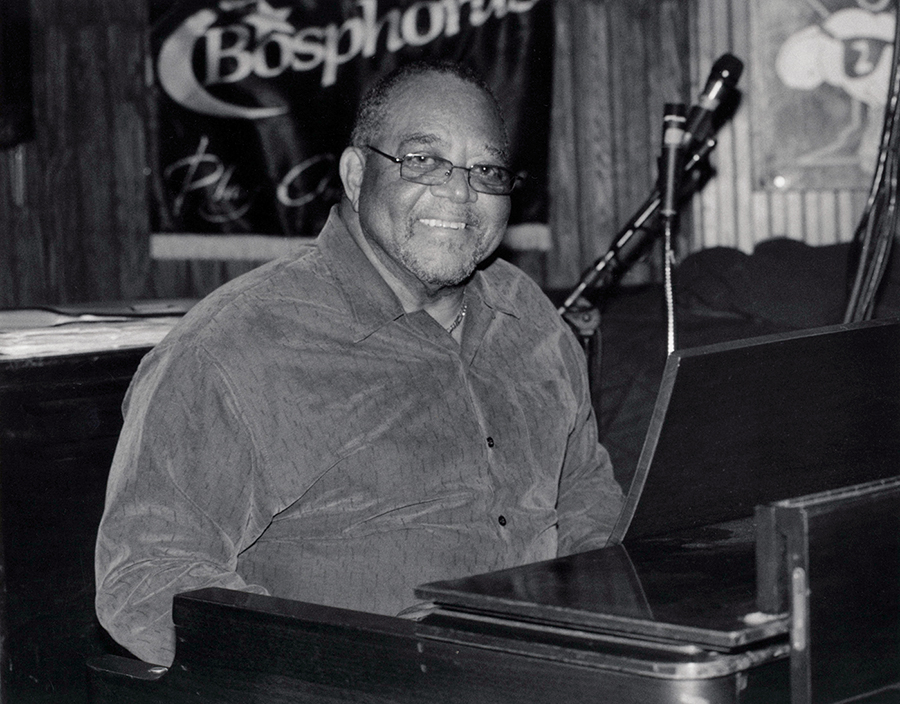 Leon Roberts was born in 1942 in New York City. He was raised in Savanna, Georgia by his grandparents. He started playing piano in church while he was in elementary school. He currently performs in Austin at the Elephant Room with his group Time Out. Roberts is regularly sought out for private events in Austin and throughout central Texas. 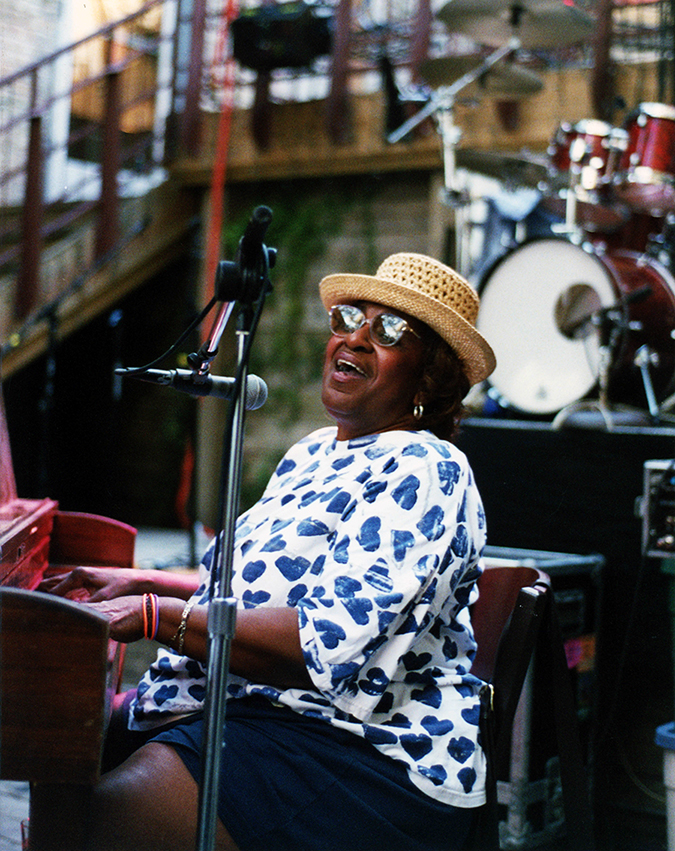 Wright’s early childhood found her playing the keys of an upright piano that sat on the back porch of her family home in Austin. She liked to sing and enjoy the camaraderie of the many folks that came to enjoy her performances. 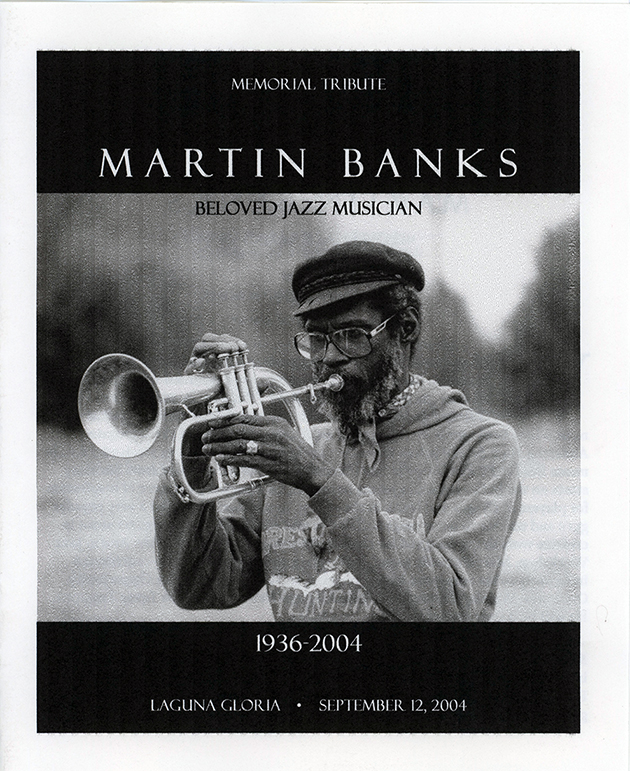 Banks has recorded on numerous labels such as Impulse, Columbia and Atlantic Records. In the late 80’s, 90’s and early 2000’s he performed regularly in Austin, Texas. Martin Banks died suddenly in Austin, Texas on August 20, 2004. 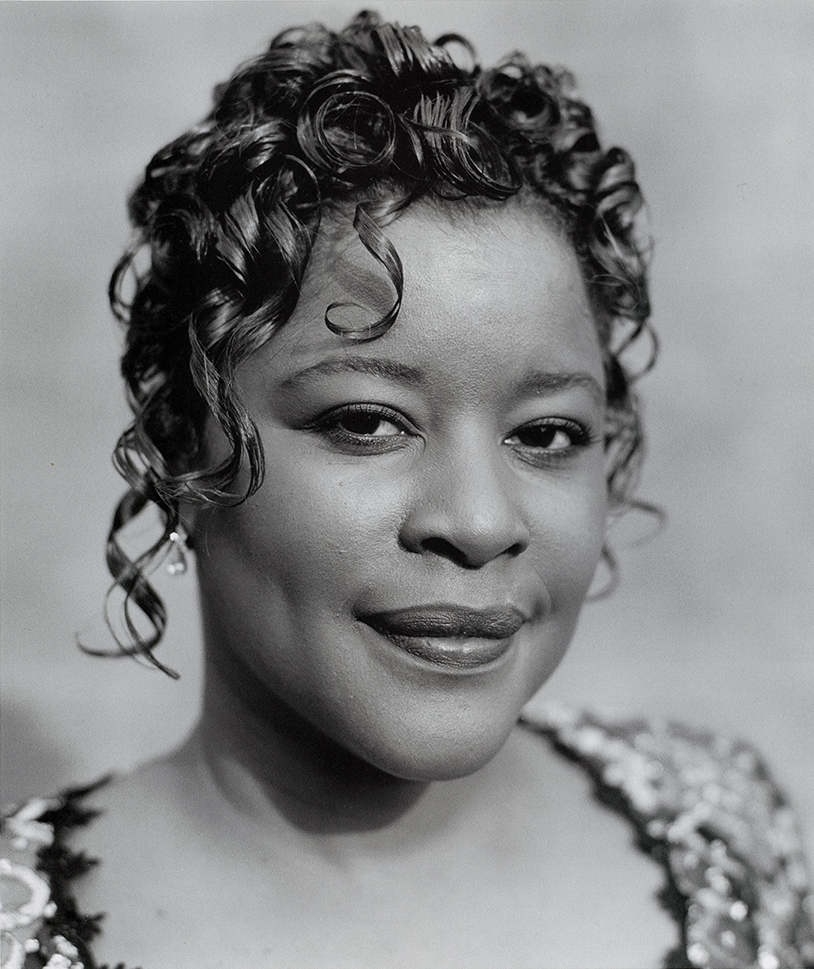 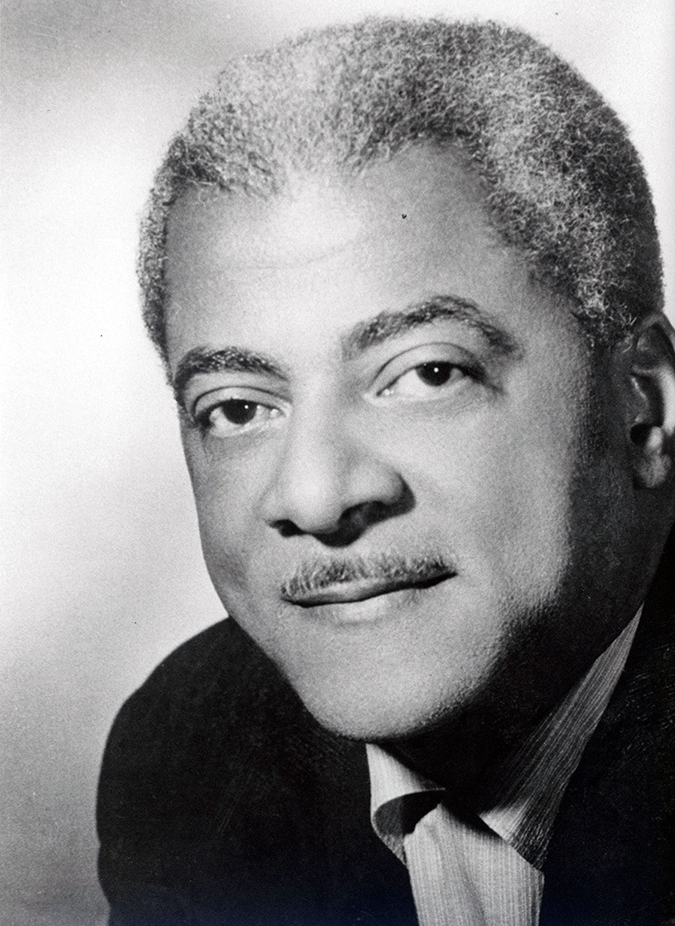 Theodore “Teddy” Wilson will go down in jazz history as one of music's finest keyboard soloists. Wilson received his first piano lessons in Austin before moving to Tuskegee, Alabama in 1918.

This project is supported in part by the Cultural Arts Division of the City of Austin Economic Development Department.